Data recently released from the U.S. Department of Treasury's CDFI Fund reports newly updated information on economic development spurred by the New Markets Tax Credit through 2011. The press release and links to full reports appear on the CDFI Fund website. The data shows that over 75% of the tax credits were invested in census tracts that met indicators of severe distress, including low incomes, high rates of poverty, or high unemployment rates. The CDFI Fund has awarded in total $36.5 billion in NMTC Allocation Authority through 2012. All entities that have been awarded allocations are required to submit an annual report on the investments in low-income communities.

You can read more about FCLF NMTC projects on our NMTC Program Fact Sheet, and learn more about projects such as Metropolitan Ministries in Tampa and Camillus House in Miami.

The NMTC Coalition has released a report based on surveys of NMTC activity through 2012. The report summary states:

In 2012 alone, the NMTC was responsible for the direct creation of almost 50,000 jobs in economically distressed urban and rural communities across the country, according to a new report from the NMTC Coalition. These 47,821 jobs represent an impressive two percent of the 1.8 million jobs created in America last year. The 2013 NMTC Progress Report provides detailed insights into how the NMTC was used in 2012, including the types of projects it helped finance and the areas where these projects occurred, and presents findings on the impacts of these investments, at both the micro and macro levels.

Also from the NMTC Coalition comes this update on the NMTC Program:

Last month, Senators Jay Rockefeller (D-W.Va.) and Roy Blunt (R-Mo.) together introduced the New Markets Tax Credit Act of 2013 (S. 1133), legislation that would extend the Credit indefinitely by making it a permanent part of the Internal Revenue Code, and enhance the potential impact of the Credit by increasing the annual NMTC allocation. A permanent extension would ensure that a modest federal tax credit continues to be available for investments made in businesses or economic development projects in census tracts in which the poverty rate is at least 20 percent or median family income does not exceed 80 percent of the area median – projects and communities that likely would never have received injections of patient capital otherwise. The New Markets Tax Credit Program continues to be an important part of economic development and jobs creation, not only in Florida but throughout our nation.

"FCLF demonstrates a mission-oriented philosophy that is compatible and supportive, broadens our platform and deepens our portfolio of products and services." – Kent Adcock, CEO

Habitat for Humanity of Lake-Sumter

“Our partnership with FCLF makes an enormous difference in overcoming the challenge of providing affordable housing." – Jo Ann Nesbitt, President/CEO

"FCLF is a difference maker! Their team provides solutions to bring about real change in a community." – Tim Marks, President & CEO

“We are proud to partner with FCLF on this project, which expands access to innovative, quality, comprehensive primary healthcare in our communities.” – Annie Neasman, President & CEO

“The collaboration with FCLF and using NMTC financing allows us to bring the most ambitious projects to life to benefit the communities we serve.” – Elodie Dorso, President & CEO

“Expanding our facility with NMTC financing provides the Overtown community resources necessary to provide a fighting chance to break down barriers and break the cycles of poverty.” – Tina Brown, CEO

“The partnership with FCLF is very exciting for us – an essential component in providing greater access to fresh healthy food in downtown New Port Richey.” – Jeff Wright, Owner

“FCLF will help us have significant ongoing impact in West Lakes as we help families set roots in this community.” – Camille Reynolds, Executive Director

"We appreciate how the work of FCLF primarily benefits low- to moderate-income individuals and areas and supports the needs of our community." – Maria J. Thompson, Community Development Manager

"FCLF staff shares our vision and commitment to serve needy families and provide a high quality education to all children." – Thomas Cole, Founder

“Thank you so very much for the exceptional services. We truly value FCLF’s contributions to furthering our mission." – Michael L. Bean, CEO

“We cannot thank FCLF enough for this partnership, creating permanent housing for our neighbors in need, and their commitment to Florida communities.” – Shannon Nazworth, President & CEO

"We commend the important work of your organization, are glad to support its efforts." – Beverly Dabney

"Trinity Health is happy to partner with FCLF. We look forward to seeing the impact in the communities you serve." – Sr. Kathleen Coll, SSJ, Administrator, Shareholder Advocacy

"Thank you to our friends at FCLF. Your staff has been patient and helpful. We'll make you proud!" – Bill Lazar, Executive Director

"The Fathers Table Foundation appreciates the services FCLF provides and the impact on the communities you serve. We believe in your organization and your mission." – Dan Gilardi, President 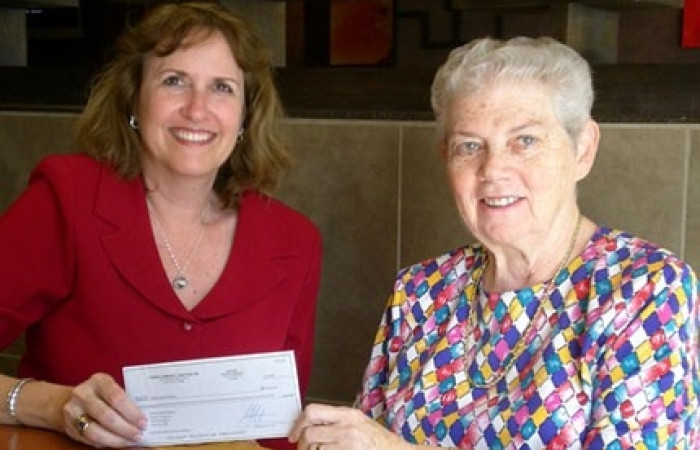 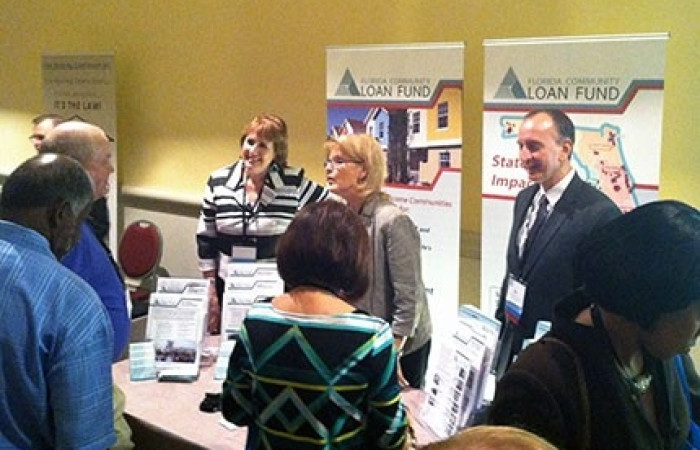 FCLF staff are active at statewide conferences and events. 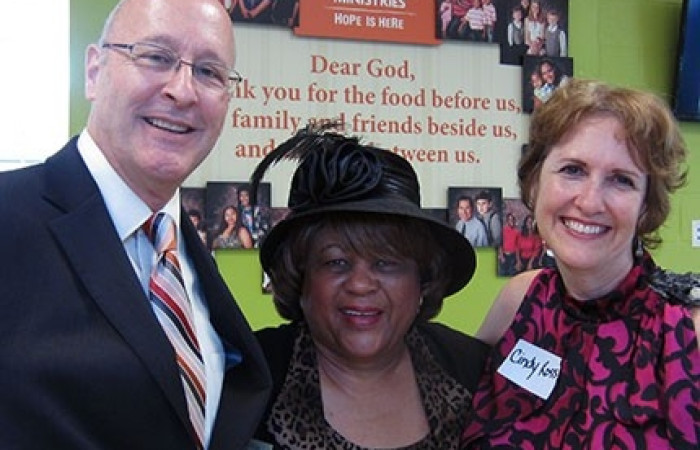 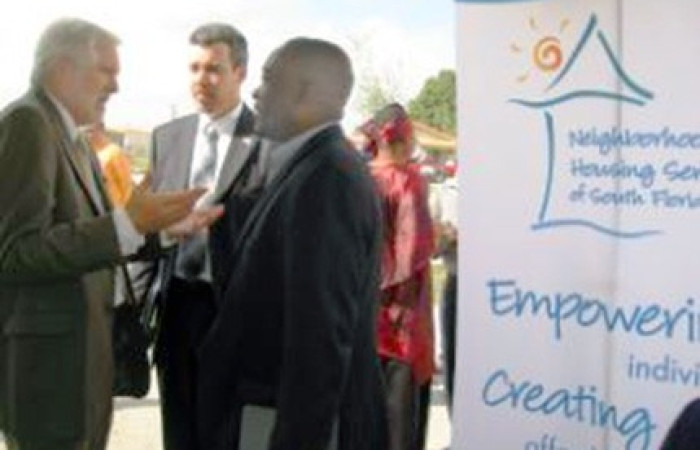 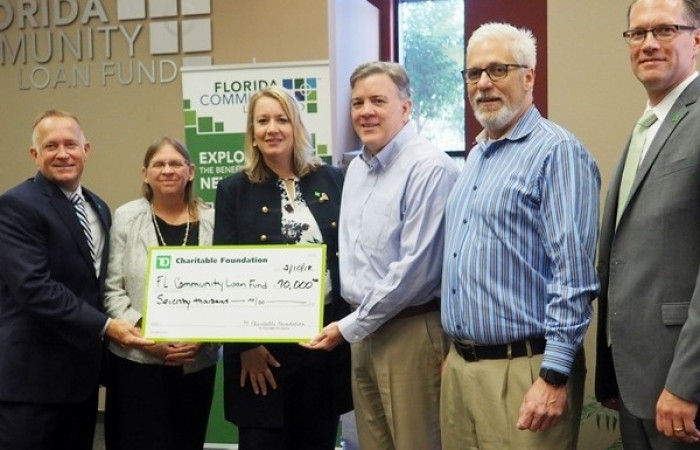 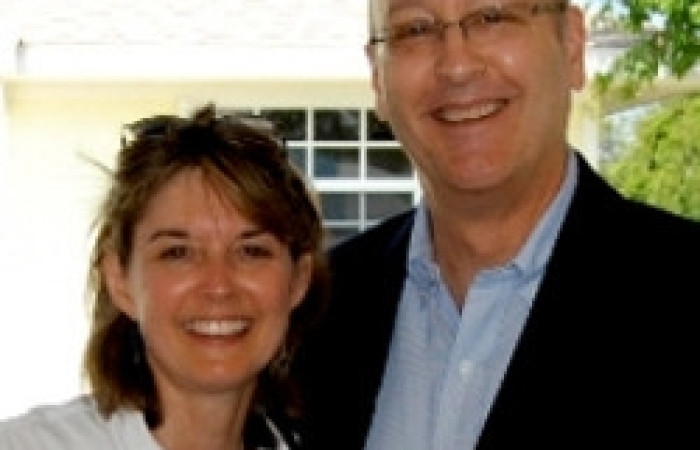 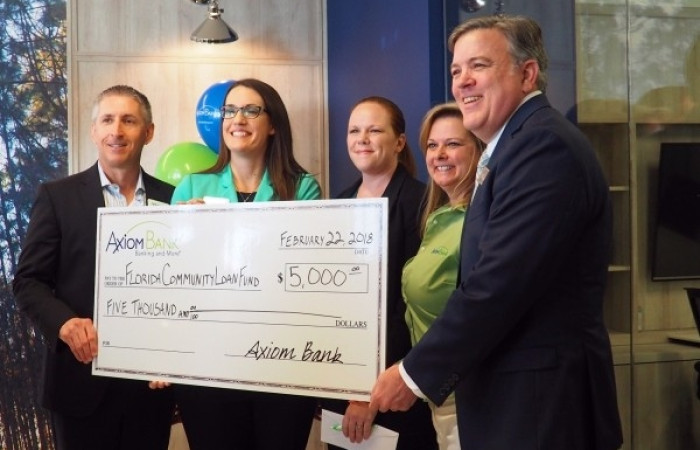 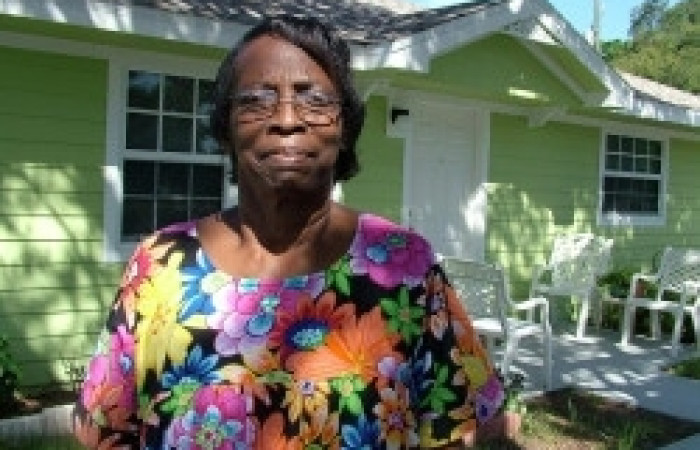 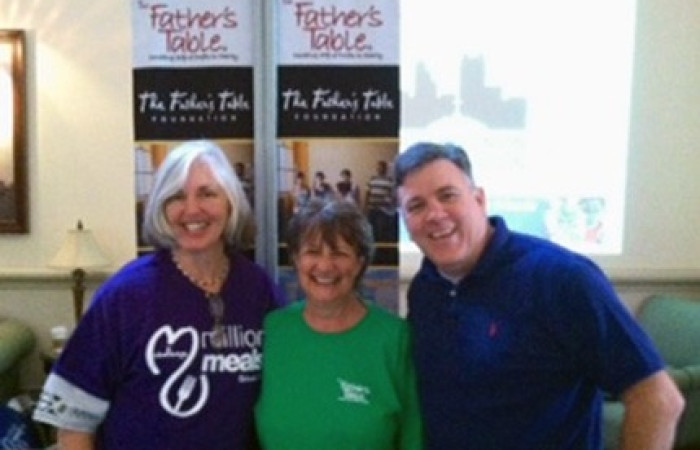 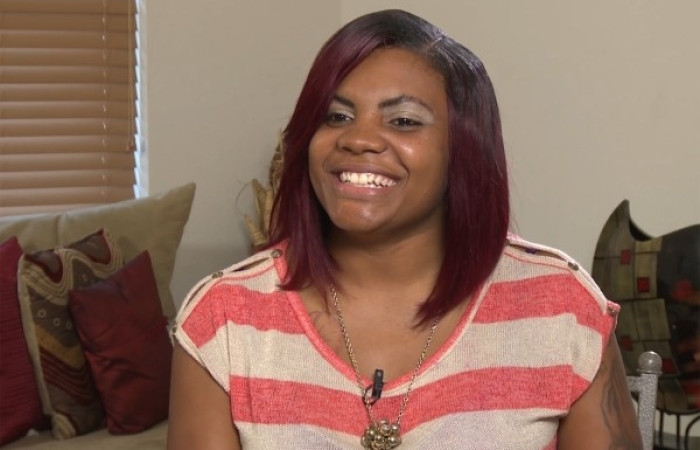 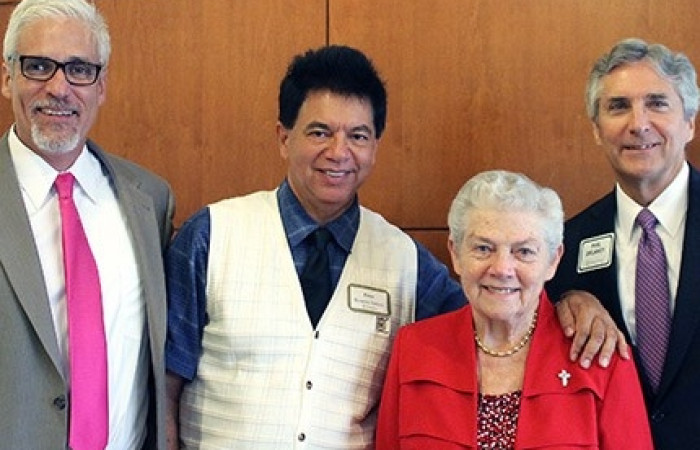 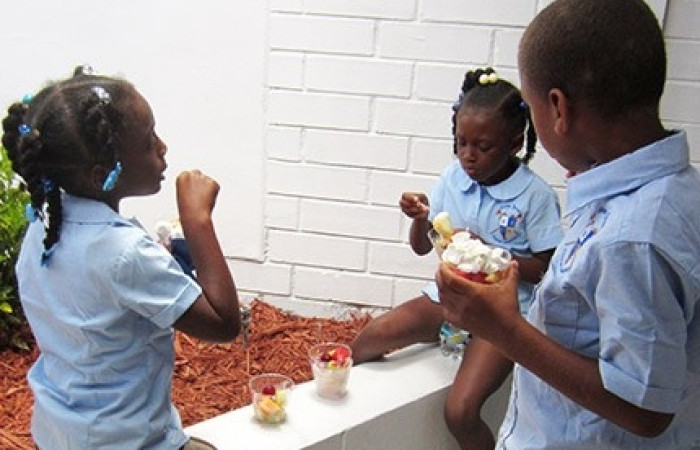 Nutritious snacks are a part of the healthy focused curriculum at Emma Jewel Charter Academy.

FCLF Staff meet and greet friends at an FLACDC event. 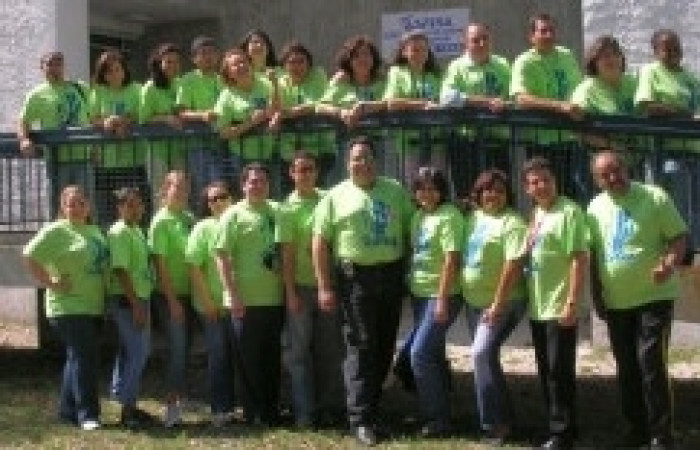 ASPIRA of Florida offers education & mentoring with a focus on low-income and Latino students.

FCLF CEO and one of our supporters visit the ASPIRA Arts Deco school. 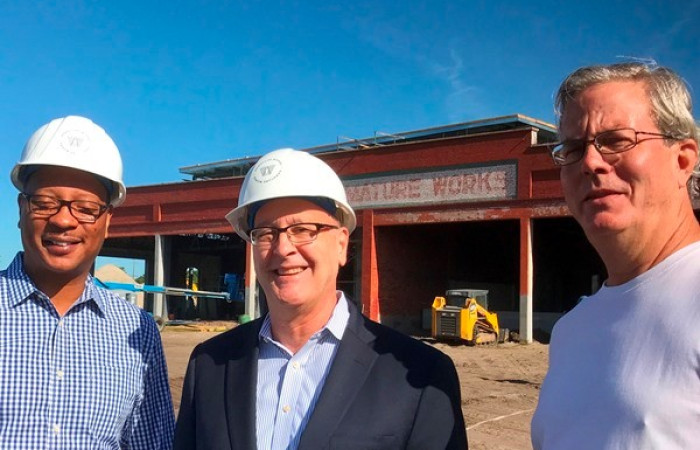 FCLF and the NMTC Program renovated a historic building into a small business incubaor. 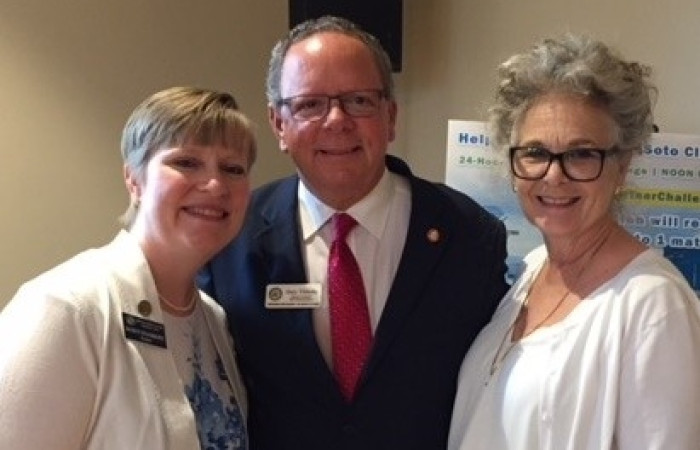 FCLF staff and US Legislative staff at an event honoring Youth of the Year. 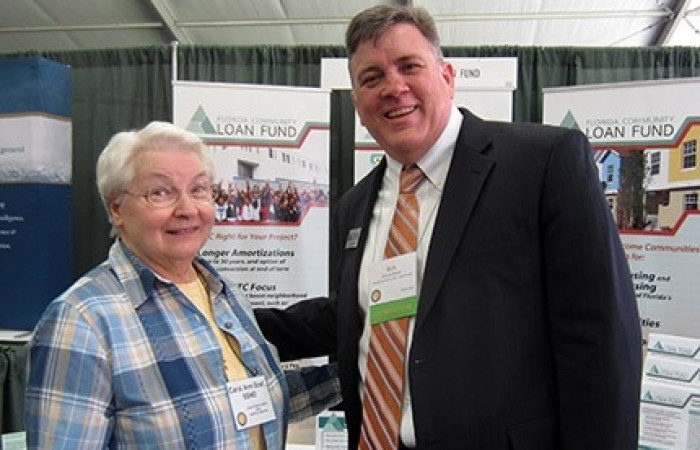 The RCRI Conference allows FCLF staff to touch base with our religious supporters. 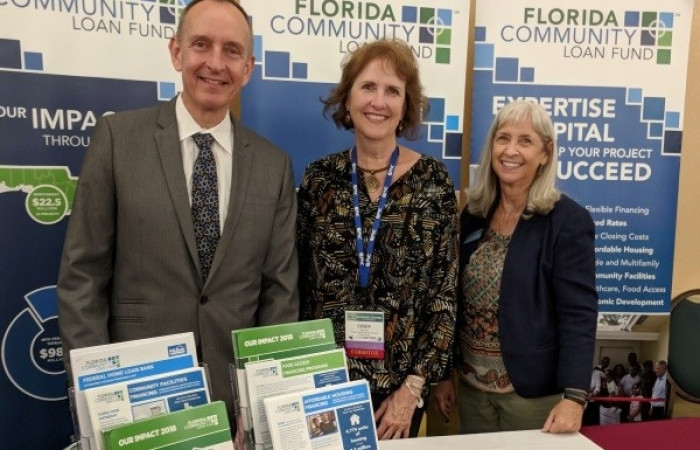 FCLF Staff are on hand at conferences and events to discuss our programs. 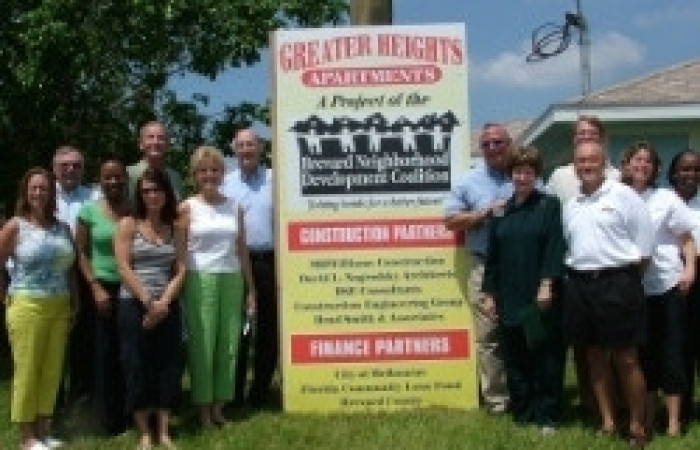 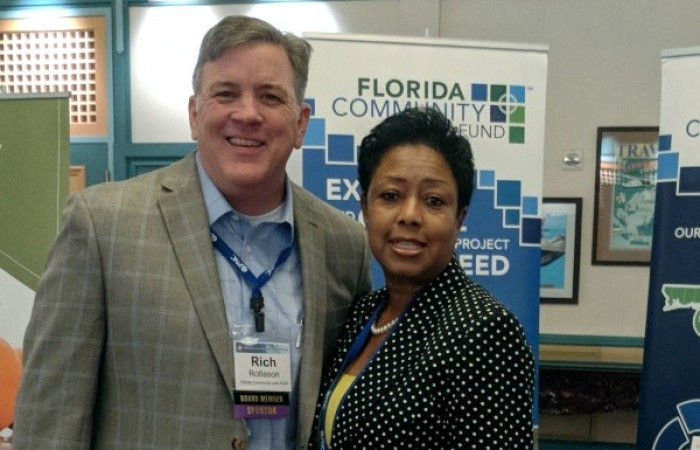 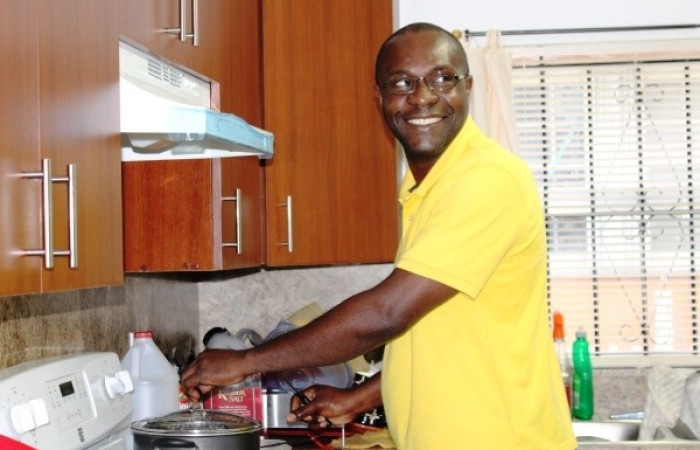 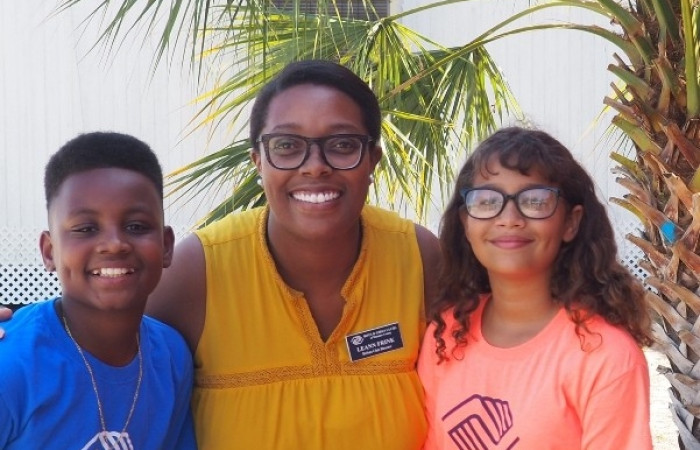 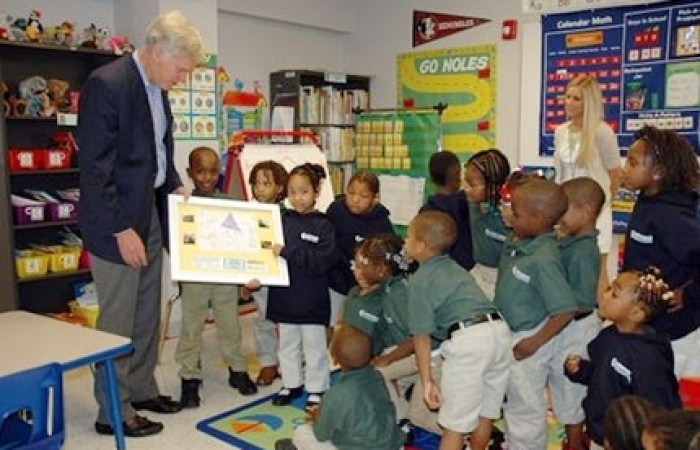 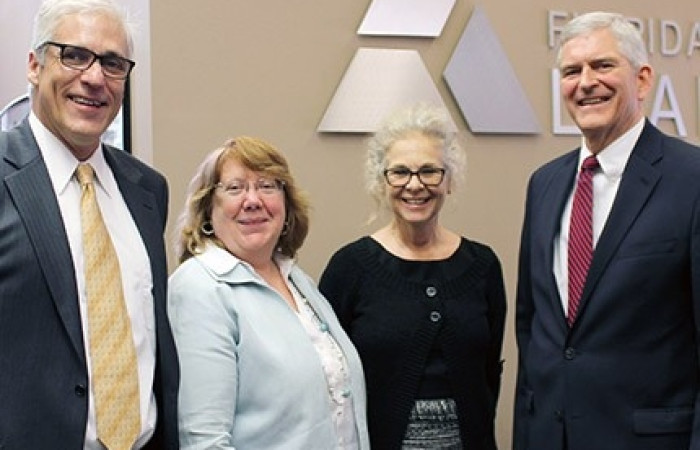 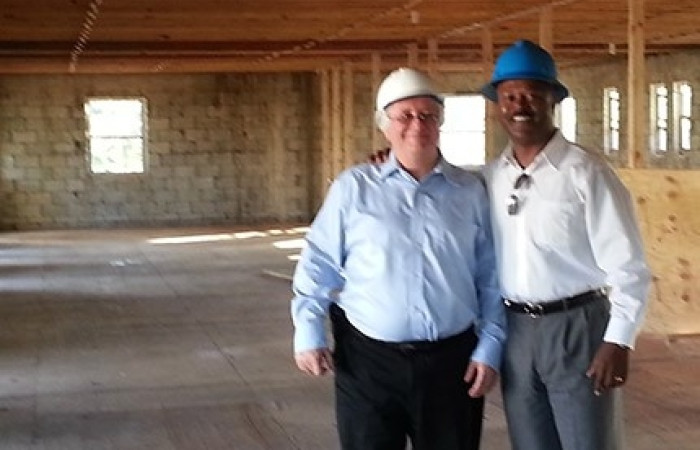 FCLF representatives are ready to talk about your project success.

FCLF Board Members represent our investors, borrowers, and technical experts. 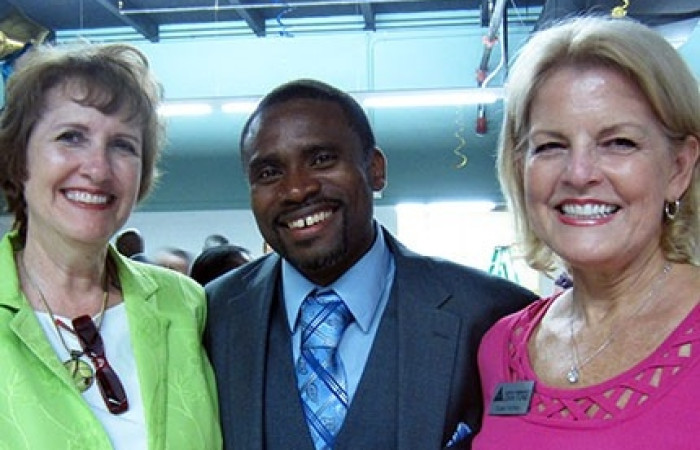 Return To Top
Core Purpose FCLF exists to maximize opportunities for people and places outside of the economic mainstream.
Our Vision Opportunity and dignity exist for every person and community in Florida.
Our Mission Our expertise and capital make projects successful and help organizations improve lives and communities.